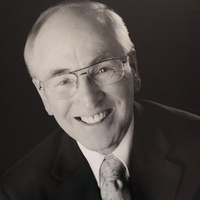 Samuel J. Zeakes, lost his gallant fight with bile duct cancer June 1, 2022. He passed peacefully from his earthly home to his heavenly home, holding hands with his wife, Bev. Sam never knew a stranger and was undoubtedly welcomed by family, friends and many souls waiting to greet him.

He was born on June 3, 1944 to Samuel and Mary Zeakes of Tiltonsville, OH. Nick-named “Butch”, Sam was an extraordinary athlete lettering in varsity football, basketball and baseball throughout his high school career. He was named to the All State Ohio Eastern Football Team for the 1963-1964 season. He credited his athletic success to his early beginnings (age 2) skating at his family’s roller rink. Butch was a favorite at the Tiltonsville Roller Rink; girls wanted to skate with him and boys wanted to race him.

Sam accepted a baseball scholarship at College of Emporia in Emporia, Kansas where he received a B.S. degree in Biological Sciences. He went on to receive a graduate teaching fellowship at Kansas State University and received both his M.S. in Parasitology (Radiation Biology) and his Ph.D. in Parasitology (Immunoparisitology). His time as a graduate fellow led him to his true passion, teaching. He taught at the collegiate level for over 40 years in three states. He received the “Excellence in Teaching Award” at Marymount College, Salina, KS, in 1981 and the “Donald N. Dedmon Presidential Award for Excellence in Teaching” at Radford University in 1989. He was nominated for the “Excellence in Teaching Award” at RU another seven times. In 1994 Sam was named as a “Virginia Master Teacher” by the State of Virginia, and has been listed in “Who’s Who Among America’s Teaches” more than twenty times.

Throughout his teaching career he was Chairperson for the Department of Biology, Marymount College, where he also directed programs in Nuclear Medicine Technology, Medical Technology, Marine Science, and Elderhostel. His move to Radford University found him actively involved with “Writing Across the Curriculum”, Director of Medical Technology, and Director of Marine Science Study Abroad Program. Throughout Sam’s career he engaged, challenged and mentored thousands of students to achieve their best. Many of those students achieved careers as doctors, nurses, medical technologists and other health professions. In addition, he inspired his Marine Studies Program students to develop a deep commitment and love for protecting the marine environment. Sam passed his love of biology on to his granddaughters; three of them are pursuing degrees related to biological sciences.

Our family enjoys spending time together snorkeling and scuba diving and due to Sam’s expertise, we can identify fish, coral, and a multitude of sea creatures. His legacy to us is his love of adventure, learning, and enthusiasm for sharing his knowledge. His other hobbies included: hiking, biking, gardening, but first and foremost fishing. He always had two poles packed when traveling. He fished oceans, lakes, rivers and ponds in too many states and countries to list. Sam and Bev especially enjoyed kayak fishing in the Florida Keys where there were challenges resulting in a choice word or two!

Family was Sam’s greatest joy. He met Bev while both were at Kansas State. They were best friends and soulmates for their more than 53 years of marriage. He is survived by his wife, son Jason Zeakes (Katrin), of Austin, TX, daughter Nichole Hawkins (Kyle), of Troutville, VA, four granddaughters Natalie and Savannah Zeakes and Elise and Alina Hawkins, brother Ray Zeakes and family, Martins Ferry, OH and sister Mary Lee Boroski and family, Rayland, OH.

The Zeakes family is in care of Mullins Funeral Home and Crematory, online condolences can be made at: www.mullinsfuneralhome.com .