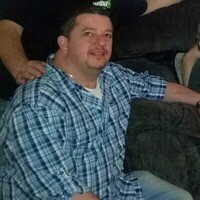 Terry is survived by his husband, Harvey Scott Boothe of Floyd; his Dad, Eugene Young of Dublin; his brother and his wife, Tony and Teresa Young of Moneta; his sissy and her husband, Tracie and Chris Sands of Dublin; precious niece and her husband, Mariah and Tim Taylor of Radford; along with two sweet great nephews, Declan and Lucas Taylor. Terry is also survived by his father and mother in law, Shirley and Ruth Boothe of Floyd; a brother in law and wife, Frank and Jennifer Boothe of Floyd; as well as a sister in law and husband, Nancy and Dale Harman also of Floyd; and the Young family appreciates all their love and support. Terry is also survived by a host of uncles, aunts, cousins, nieces and nephews.

Terry was a Pharmacist Tech and worked 15 years at Community Pharmacy @ the NRVMC where he greeted everyone with a smile along with his joking. Never a dull moment when he was around. He made lots of forever friends in his years there. He also worked at Rite Aid in Pulaski until they closed. Terry loved being around people! Terry’s laughter could brighten up any room! He could always make a bad day good with his sense of humor. He was a smart, caring, loving, and giving person whom so many adored! He loved his “Boothie” and all his family and friends. Terry will be missed and a part of our heart is gone. Terry will forever be loved and his memory will live on in us!

We would like to thank everyone for their prayers and those who helped in the search for Terry. Continue to lift us all up in prayer as we face the days ahead.

A memorial service will be held at a later date. We will inform everyone of that date and time.

The Young and Boothe families are in the care of Mullins Funeral Home & Crematory in Radford. www.mullinsfuneralhome.com