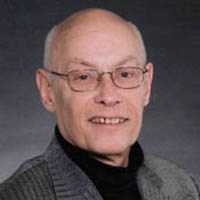 James Albert (Jim) Young, 82, of Christiansburg passed away peacefully on Wednesday, October 15, 2014 from the complications of Alzheimer’s disease.He was born on October 10, 1932 to the late Forrest James and Kathryn Schroy Young in New Hope, Ohio.

He was preceded in death by his brother, Jerry Young; and sister, Susan Kropa.

Jim graduated from General Motors Institute in 1955 with a degree in Mechanical Engineering. After graduation, he served in the United States Army. In 1958, he went to work for Sperry Farragut in Bristol, Tenn. In 1962, Jim accepted a job with Poly-Scientific in Blacksburg, Va., where he worked until his retirement in 1997.

Jim spent the last three years in the loving care of the Virginia Veterans Care Center in Roanoke, Va. The family is grateful for the kindness and compassion shown by their extraordinary staff of caregivers.

The family will receive friends from 3 to 5 p.m. on Saturday, October 18, 2014 at McCoy Funeral Home, 150 Country Club Drive in Blacksburg.Memorial service will at 3 p.m. Sunday, October 19, 2014at St. Michael’s Lutheran Church, 2308 Merrimac Road in Blacksburg.

In lieu of flowers, contributions may be made to the Virginia Veterans Care Center, 4550 Shenandoah Ave., Roanoke, VA 24017.