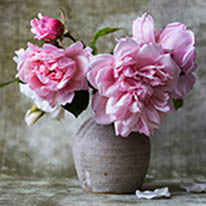 Almeta Kessinger Young, age 81, of Blacksburg, passed away peacefully on August 11, 2022. She was born in Montgomery County, Va. on December 28, 1940 to the late Roy Kemper and Lucy Smith Kessinger.

The family will receive visitors at McCoy Funeral Home in Blacksburg from 5-7pm on Monday, August 15. A private service for family will be held later at Roselawn Memorial Gardens, Christiansburg.