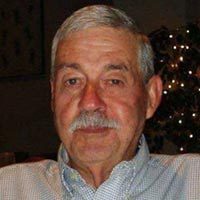 Leonard Clark “Pooch” Yost, Sr., age 84 of Pulaski, formerly of Bluefield, Virginia, died Sunday, November 24, 2019 at his residence. He was born in Bluefield, VA on January 20, 1935, and was the son of the late Pauline Davis Yost and Frederick Leonard Yost.

Pooch was a veteran of the United States Army and National Guard, was a retired physical education teacher in the Public School system in the Bluefield area, was a member of First Christian Church (DOC) in Pulaski, was a devoted member of the Dublin Lions Club where he served with enthusiasm as Tail Twister for many years, and was a member of the American Legion Post #58 of Dublin.

A memorial service will be held Monday, December 2, 2019 at 2:00 p.m. at First Christian Church (DOC) 524 N. Jefferson Ave. Pulaski, VA 24301, with the Rev. Dr. John Dunstan officiating. Interment will follow at 3:00 p.m. at the Southwest Virginia Veterans Cemetery 5550 Bagging Plant Road, Dublin, VA 24084, where the American Legion Post 58 and the National Guard will perform military honors. Visiting will be at the church on Monday from 12 noon until 2:00 p.m.

A special note of appreciation to one of his grandsons, “Nick” for always being there for him, along with his special friends: Barry, Ron, Jerry and numerous others.