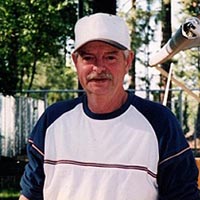 Besides his mother, he is survived by his brothers Michael (Thelma) Yost and Clay (Dana) Yost, three nephews and a niece. A memorial service will be at a later date.

Givens Funeral Home in Pearisburg is in charge of the arrangements. Condolences can be sent to the family online at givensfuneralhome.com.