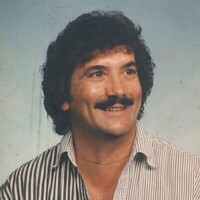 Everett Lee Yearout, Sr. went to be with Jesus on December 6, 2020 at his home in Roanoke, Virginia. He served in many roles to many people throughout his life. He was a member of First Baptist Church when he lived in Radford, Virginia.

He was the son of Arnold William and Mathe McGuire Yearout and a brother to Joyce Bowman, Lois Caldwell, and Francis Marshall. He was a husband to Elizabeth Rebecca Eanes Yearout and later to Tina Marie Shaver Yearout. He was a wonderful father to his children, Everett Lee Yearout, Jr., Matthew Jacob Yearout, Rebecca Lee Yearout, Hope Victoria Yearout, Charity Dawn Yearout-Shelor, and son-in-law S. Lee Shelor.

He was a co-worker and friend to many others. He began his career as a meat cutter at White Front and then Thriftway in Radford. He was popular among Radford residents for his service and friendly personality. Later, he became a long-term employee for K&W Cafeterias in Roanoke and Salem, serving as a manager during his career with the company. He enjoyed the outdoors, caring for animals, and spending time with his family. He was a hard worker and always approached his career with passion. He instilled the qualities of hard work, honesty, and integrity among his children, and he appreciated education and encouraged his children to be the best that they could be.

Visitation will be at Mullins Funeral Home in Radford from 3:30-6:00 PM on Thursday, December 10, 2020 with services at First Baptist Church in Radford on Friday, December 11, 2020 at 11:00 AM. Burial will follow at Sunrise Burial Park in Fairlawn, Virginia. Flowers may be sent to Mullins Funeral Home or donations can be made to the Rescue Mission in Roanoke, Virginia.

The Yearout family is in the care of Mullins Funeral Home & Crematory in Radford. www.mullinsfuneralhome.com