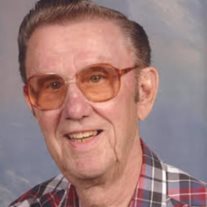 Harold Plato Yates, 88, of Christiansburg, passed away on August 5, 2014. He was preceded in death by his parents, James and Cora Yates; and brothers, Horace Yates, Jesse Yates, and Junior Reed Yates.

He is survived by his son, Harold Wayne Yates and wife Kathryn; daughter, Linda Gallaher and husband Joe; four grandchildren; one step-grandchild; eight great-grandchildren; as well as numerous cousins and other extended family.

Harold loved playing bluegrass music and had a band that played at dances and other social events. He also proudly served in World War II. He was a wonderful father and grandfather and will be missed by all who knew him.

The family would like to thank Dr. Harry McCoy and the entire staff of Blue Ridge Cancer Care as well as Carilion Hospice.