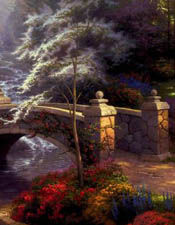 Cecil Ray Wynn, 78, passed away on Thursday, May 15, at his home in Draper. To cherish his memory, he leaves behind his wife of 41 years, Bonnie; his son and daughter-in-law, Thomas and Sylvia Wynn of Pearisburg; his sister, Katherine Patnode of Portage, Michigan; his grandchildren, great-grandchildren; nieces and nephews.
Cecil’s life was a testament to the value of home, family, a strong work ethic, and a respect for learning. He was known and respected for his humility, his integrity, and his enjoyment of nature and all creatures on earth. One of his greatest joys was his travels to Alaska and Antarctica. In addition, he frequently spoke of his respect and love for his friends at Inland Motors (Kollmorgen Corporation), where he worked for many years before his retirement as electromagnetics engineer in December 2012.
A memorial service for Cecil will be held at Mullins Funeral Home at 7:00 pm on Sunday, May 18, 2014. The memorial service will be preceded by visitation with the family from 5:00 pm to 7:00 pm. A private burial service will be held at the Southwest Virginia Veterans Cemetery in Dublin, Virginia.
Those who wish to honor Cecil’s memory can do so with a contribution to the Pulaski Animal Shelter, 80 Dublin Park Road, Dublin, VA 24084 or another favorite charity, or with time spent among the beauty of the natural world surrounding them.
The Wynn family is in the care of Mullins Funeral Home & Crematory in Radford. www.mullinsfuneralhome.com