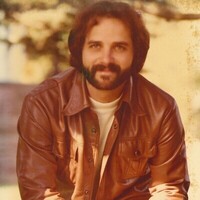 William “Hootie” Houghton Wright, 73, passed away Monday, August 8, 2022. William was known by several nicknames. The first being Snider, named by family members. When playing football at Radford High School, his football coach could not pronounce his middle name and ended up with the nickname of Hootie. While working for the Corp of Engineers for 30 years, he was Bill.

Hootie was a man of many talents. He could build, repair and make anything! During repair if he did not have the correct part he would “Hooterize” it and fix it. He loved forging and woodworking. He was an artist.

He was preceded in death by his father, Bill Wright.

The family will receive friends from 5 until 7 p.m. on Thursday, August 11, 2022 at the Mullins Funeral Home in Radford. Funeral services will be held on Friday, August 12, 2022 at 11 a.m. in the Grace Episcopal Church with Deacon William Yagel. Interment will be private.

The Wright family is in the care of Mullins Funeral Home & Crematory in Radford, Virginia. www.mullinsfuneralhome.com