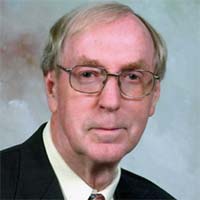 James Montgomery Wright, Sr., age 82, of Knoxville, TN and Catawba, VA, departed on Wednesday, April 22, 2020 for the promised Life Eternal. He was the son of the late Frank Edwin Wright & Rosetta Trimble Wright and was preceded in death by infant brother Carl Wright and sister Helen Lucille Riddles.

Jim was born on February 21, 1938 at home on Coal Bank Hollow Road in Montgomery County, VA, just outside of Blacksburg. At the age of six his family moved to a 60-acre farm off Gravel Hill Road in nearby Catawba (Roanoke County), VA. He assisted in family farm work while completing his education through college. After attending Catawba Elementary and Andrew Lewis High School in Salem, he enrolled at Virginia Tech in the fall of 1956, graduating in March 1960 with a Bachelor of Science Degree in Civil Engineering. He was immediately employed by the Tennessee Valley Authority (TVA) in Knoxville, TN as a water resources engineer in the Flood Control Branch.

Shortly thereafter, Jim was asked by the minister at Inskip United Methodist Church in Knoxville to become Scoutmaster of the newly formed Troop 252. This started his 25-year adventure in Boy Scouts as Scoutmaster, Explorer Advisor, and Cub Master for troops in Knoxville, Cottage Grove, MN, and Seymour, TN where he worked with hundreds of incredible youths. Both of his sons became Eagle Scouts.

While employed with TVA, Jim met Wilda Grace McMahan of Sevierville, TN, who was a teacher at Sterci Elementary School in Knoxville at the time. They were married in 1962 and lived in the Inskip area of Knoxville for several years. Son Monty was born in 1965 followed by another son Jason in 1968. During this period he earned a Master of Science Degree in Water Resources Engineering at the University of Tennessee.

Pursuing a career change, Jim left TVA in 1968 and accepted a position with the Wisconsin Department of Natural Resources in Madison, assisting communities with solutions to local flood problems. During his two years there he became licensed as a professional engineer and completed several graduate courses at the University of Wisconsin. In 1970 Jim accepted an offer to create and manage a state-wide program for the Minnesota Department of Natural Resources (MN DNR) in St. Paul, similar to his work in Wisconsin. During his eight year tenure with the MN DNR he helped develop the program into a national model. In 1978 he returned to TVA in Knoxville, carrying out the same type of work for the federal government that he had previously done for the states of Wisconsin and Minnesota. In 1982 Jim became program chief, a position he held until 1994 when he left TVA to pursue other career opportunities.

Divorced in 1983, Jim married Darlene Justice of Knoxville, TN in 1986, welcoming her two children, Benee & Andrew, into his family. Jim & Darlene lived in Seymour, TN for several years before moving to north Knoxville. At the time of their marriage, Darlene was an elementary school teacher for Knox County. She later served as principal at two Knox County elementary schools. Darlene completed an outstanding 29-year education career working with graduate students at the University of Tennessee, preparing them to enter various teaching fields.

Jim was nationally recognized by several organizations as an expert for his outstanding work in the “flood” field, receiving several awards over the years. He served on numerous national task forces, panels, and technical committees and testified before Congress. In 1991 he was a member of a U.S. delegation to the Second U.S – Asia Conference on Engineering for Mitigating Natural Hazards Damage in Indonesia.

After Jim left TVA in 1994, he formed his own consulting firm, providing specialized services to state and federal agencies and national organizations. He also prepared several documents addressing issues relating to local flood problems that were published nationally. Beginning in January 1997 and continuing for the next 21 years, Jim served as a Disaster Assistance Reservist (part-time position) with the Federal Emergency Management Agency (FEMA) where he was involved in developing courses and training materials, and reviewing local assistance projects. He retired in July 2018 at the age of 80 in order to devote more time to his wife, family, and other interests.

Jim was a member of the adjunct faculty in the Department of Civil and Environmental Engineering at the University of Tennessee from 1980 to 2005 where he developed and taught several graduate-level courses addressing local flood and drainage management approaches. He was a licensed professional engineer in Wisconsin, Tennessee, and Virginia. He was a member of the Association of State Floodplain Managers, a Fellow (highest distinction) in the American Society of Civil Engineers, and a Distinguished Toastmaster for more than fifty years.

Jim was a devoted Virginia Tech “Hokie”. He was a proud and avid supporter of his alma mater. He was a member of the VA Tech Alumni Association, serving as the president of the Knoxville Alumni Chapter and president of the local Hokie Sports Club for many years. Jim was a Tech football season ticket holder and enjoyed attending games at Lane Stadium with Darlene. He attended several VA Tech bowl games over the years and never passed up the opportunity to watch a Hokie football or basketball game on television.

A history buff, Jim was intrigued to learn more about his ancestors. Starting around 1985 and continuing until his death, he collected information about the families of his grandparents – Wright, Keffer, Trimble, and Allen. He contacted relatives, visited libraries, and used internet sites other sources that seemed promising. His family accounts, comprised of text, photos, and documents (exceeding 600 pages) were freely shared with those interested. This was a gift Jim felt he could leave for others to use and continue to add to their contents.

During what he described as a “wonderful life, well lived”, Jim traveled extensively, both professionally and personally. He visited all 50 states, most Canadian provinces, Mexico, Indonesia, plus England, Ireland, Scotland and Wales with Darlene in 2019. He had many hobbies and interests, including stamp and coin collecting, hiking, nature, travel, reading, sports, and photography. From childhood he was a fan of the original Washington Senators MLB team and continued to follow them and attend games after they became the Minnesota Twins (one possible reason why he moved to MN?). He enjoyed attending sporting events with his sons and watching his grandchildren play various sports. Jim enjoyed spending time with Darlene at their cabin located near his parent’s home in Catawba. He cherished time spent with his grandchildren; taking pride is watching them grow into wonderful and responsible adults. All of this Jim accomplished with vision in only one eye, having lost an eye in a childhood incident. He now belongs to the ages.

The family would like to thank the staff at NHC Healthcare – Fort Sanders in Knoxville, TN for their wonderful care they gave Jim in the final days of his life. Due to their efforts, his last moments on this earth were peaceful before being called to God’s eternal kingdom.

McCoy Funeral Home in Blacksburg, VA is handling arrangements. Burial will be private, with interment beside his beloved mother at Hall Cemetery in Catawba, VA on Thursday, April 30, 2020. His parents, paternal grandparents and great-grandparents are interred there. The family is planning a Celebration of Life service for Jim in the Fall of 2020 at Washington Pike United Methodist Church in Knoxville, TN. Date and time T.B.D.