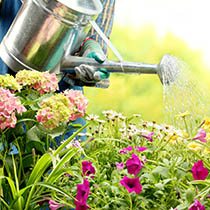 Patsy Joan Smith Wright, 62, of Roanoke, Va., was reunited with her husband in Heaven on Monday, June 8, 2009. She was born in Narrows on November 12, 1946, and was the daughter of the late Charles Robert and Margaret Elizabeth Skeen Smith. In addition to her mother and father, she was preceded in death by her husband, William Jay Wright; two brothers, Charles and Jim Smith; and a father-in-law, Albert Wright.

A graduate of Narrows High School, her strongest quality was the love and devotion she had for her children, grandchildren, sisters and family. An avid gardener, she was also a strong advocate for animal rights, and a longtime UVA and Pittsburgh Steelers fan.

Left to cherish her memory are her children, Wendy and John Honaker, of Bedford, Stacey and Laura Wright, of Roanoke, and Derek and Julie Wright, of Rocky Mount; six grandchildren, Hana and Lucas Honaker, Jordyn Wright, Allison, Jake and Jared Wright; two sisters, Tammy and Cliff Thompson, of Richmond, and Sue and Gene Epperly, of Cary, N.C.; a mother-in-law, Thelma Wright, of Narrows; three sisters-in-law, Pat Smith Scott, of Roanoke, Bonnie Smith, of Fayetteville, N.C., and Sandy Price and husband, David, of Blacksburg; an aunt, Juanita Yates, of Abingdon; several nieces, nephews and cousins; and many special friends.

Funeral services will be held 11 a.m. on Thursday, June 11, 2009, in the chapel of Riffe’s Funeral Service in Narrows with Pastor Jim Herron officiating. Burial will follow in Fairview Cemetery in Narrows. The family will receive friends at Riffe’s Funeral Service on Wednesday, June 10, 2009, from 6 to 9 p.m. The family requests that those sending memorial contributions, please consider either the American Heart Association or the Roanoke Valley SPCA. Online condolence messages can be sent to the family at www.riffes.com.