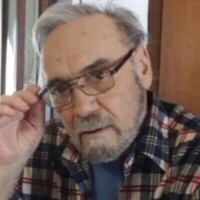 John “Roger” Wright passed away Wednesday, May 12, 2021 at home. Born November 16, 1949 in Pulaski, Virginia to the late William and Maeokwa Edmonds Wright. He was also preceded in death by his brother, Tom Wright, sister, Patsy Hildack and nephew, Adam Wright.

Roger, a Cleveland Browns fan wanted, in his own words, to be remembered as a man of laughter who loved music, dancing and riding Harleys. He professed himself a ladies’ man who had a zest for life and giving thrills to others. He will be sadly missed by those who knew and loved him.

Known to everyone as Roger, He lived most his life in Youngstown, Ohio. After retiring from Polaris Window and Doors, he returned to his birthplace in Pulaski, Virginia.

His wishes for cremation are being honored and no services are scheduled at this time. To sign Roger’s online guestbook, visit www.bowerfuneralhom.com – Bower Funeral Homes, Pulaski is handling the arrangements for the family.