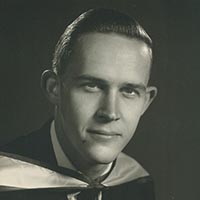 Richard Edward Worringham, 78, of Christiansburg, passed away Friday, September 27, 2019. He was born and raised in Johannesburg, South Africa, on April 26, 1941.

He attended Rhodes University, and became a pastor, prison chaplain and television producer at the South African Broadcasting Corporation, producing religious programming and documentaries. In 1976, he moved with his wife, Shannon, and 3 small children to the United States, where he served the United Methodist church as a minister in Texas.

Holding a Master’s in Theology and a Master’s in Fine Arts from Southern Methodist University, Richard then accepted a position as an associate professor in the Media Studies department of Iowa State University in Ames, Iowa. He received his PhD in Social Psychology and Mass Communication from Iowa State, before moving to Virginia.

Dr. Worringham taught at Radford University in the Media Studies Department from 1987 through to his retirement in 2006. He became a tenured professor and was chair of the department for several years. As Professor Emeritus, Dr. Worringham continued to write, authoring several fictional and nonfictional books, papers and articles. He remained a pastor “beyond the local church” in the Holston Conference of the UMC and was active in his church home, Grove UMC in Radford.

After the death of his wife Shannon in September 2017, to whom he had been married 50 years, Richard’s health began to decline.

He leaves behind his three children, Steven, Megan and Diane; son-in-law, John-Mark; and three grandchildren, Joshua, Jacob and Aaron.

Memorial services will be held at 2 p.m. on Friday, October 4, 2019 at Grove United Methodist Church in Radford with Rev. Mark Kilbourne officiating. The family will receive friends in the fellowship hall following the service.

In lieu of flowers, the family requests that contributions be made to the Alzheimer’s Association.

The Worringham family is in the care of Mullins Funeral Home & Crematory in Radford. www.mullinsfuneralhome.com