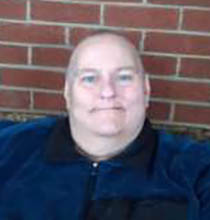 Michael (“Wooly”) Eugene Woolwine, 54, of Bland departed this life Monday, July 25, 2016 in the care of Heritage Hall in Blacksburg. Born in Bland on July 29, 1961 he was a son of the late McCarthy and Harriet Opal Dillman Woolwine.

For over thirty years Michael was a referee for high school athletics, was employed as a school bus driver, and DJ for WBLB, PSK and other radio stations. He was also preceded in death by his brother James Harvey Woolwine.

He leaves to cherish his memory his devoted wife of 27 yrs Tammy Summers Woolwine; his daughters Carrie W Akers and husband Jerry of Pulaski and Stephanie Woolwine and her boyfriend Jeffrey Lewis of Blacksburg; his grandchildren Katelyn Akers and Sophia Akers; his brothers David Woolwine of Brooklyn, NY and Mark Woolwine and his wife Sandy of Wytheville; his sister Michele Woolwine of Henderson, KY; and his nephews Stephen Woolwine, Cameron Woolwine, and James Bilbrey.

Memorial services will be private at a later date…The Kendall Funeral Home in Pembroke is in charge of the services. Online condolences may be sent by visiting kendallfuneralhome.com.