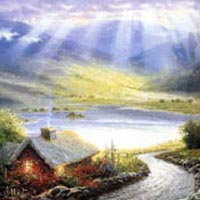 Charles Woodson (C.W.) Woolwine, 67, of Christiansburg, died Wednesday, June 21, 2006 at his home. He was the former owner of Woolwine Upholstery.

He was preceded in death by his parents, John and Blanche Woolwine, along with four brothers, Roger, Leon, Alfred and (twin brother) G.W. Woolwine.

A private memorial service will be held at a later date. DeVilbiss Funeral Home and Cremation Service is handling arrangements.