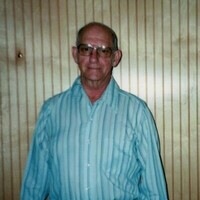 Mr. Phil A. Wood was called home to meet the Lord on Saturday, July 31, 2021. He gave his heart to God over 70 years ago during a church meeting at the Church of the Lord Jesus, which later became the North Narrows Tabernacle, and he lived his life as a Christian. During his last days he recounted meeting the Lord. “He let me see him,” he said. “I don’t recall what he told me, but he made me feel that everything would be alright.”

He told his family, “I love the Lord, I love Him so, but I don’t deserve His love.” His family faithfully served him as he left this earthly world and entered into the arms of his loving Savior.

Phil was the son of the late Veta Smith Parcell of Narrows, Va., and John Henry Wood of North Carolina. He was also preceded in death by his first wife, Lucille Blankenship Wood, and a daughter, Martha Faye Wood Nester, both of Narrows; brother William Henry Wood and his wife Gladys Wood; and two stepsons. He is survived by his second wife Julia, and a son Phil A. Wood, Jr., and his wife Ramona; stepdaughters Amy Chambers (Kevin) and Judy Clarkson (Gary)

Phil lived a fascinating life, growing up in Narrows as a young child. When he was 17, his mother signed to allow him to enlist in the U.S. Navy, where he served 3 years, 9 months and 25 days. After basic training he served in Washington D.C. When he had an opportunity, he applied and was selected to serve on President Harry Truman’s yacht, the USS Williamsburg. There he met and talked to President Truman on the fan tail of the ship while he was standing duty. After that, he served on the USS Hamul and deployed to Japan during the Korean War.

He worked ten years for the town of Narrows, then 27 years for the Celanese. He also served 20 years in the Giles Rescue Squad. After his retirement from Celanese, he drove the school bus and worked as a subcontractor for the Virginia Department of Transportation.