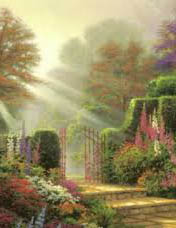 Keith N. Wood, engineer, farmer and beloved family man, died Thursday, July 10, 2014 in Blacksburg. He was 54. The cause of death was liver failure due to metastatic melanoma. A devoted husband of 34 years and father of two girls, Wood was often found in the kitchen, cooking for his family with the cats at his feet waiting for a treat. He was a talented chef with a flair for barbecue, a deep appreciation of garlic and a reputation for excellent roast pig. In addition to fine food, he loved fine wine, farming and any travel destination that included his wife and daughters. Selfless and generous, Wood volunteered with the United Methodist Committee on Relief Emergency Response Team, traveling to Mississippi following Hurricane Katrina. He also accompanied his youngest daughter, Elizabeth, and other youth to Los Angeles, New York and Boston. Wood served as an usher at Blacksburg United Methodist Church and was a long-time member of the Koinonia Sunday School class. Keith Newman Wood was born August 15, 1959, in New Orleans, Louisiana, the son of Dorothy and James Wood. His family lived in Jackson, Mississippi until 1972 when they moved to Tennessee. Wood graduated from Sheffield High School in Memphis where he ran cross country. He earned his bachelor’s degree in animal science from Mississippi State University. Wood met Cindy Maxson at Mississippi State and they married December 28, 1979, in Tucson, Arizona. Throughout their marriage, Wood always referred to Cindy as his bride and his sweetheart. “Keith was more than a wonderful husband and father, he was my best friend,” Cindy said. The couple moved to Blacksburg in 1986 and raised sheep and cattle on a small farm outside of town. He served with the Army National Guard and then the Army Reserve from 1978 to 1995, and left the service at the rank of captain. Meanwhile, Wood earned his bachelor’s degree in mechanical engineering from Virginia Tech in 1991 and was a member of the American Society of Mechanical Engineers. He was a dedicated Virginia Tech Hokie fan, loved to fish and could fix almost anything. “He was so smart, devoted and just down to earth and humble,” said long-time friend Rhoda Dillon. “He would be the first to step up when needed, but he would deny that he contributed anything.” Wood worked as a sales application engineer for 23 years, primarily at Kollmorgen, where he made his mark with integrity, humor and compassion. “His passing will leave ripples of sadness far and wide,” his boss, Mike Crowe said. Wood was preceded in death by his father, James L. Wood; stepfather Dewey Green Sr.; and stepbrother Dewey Green Jr. He is survived by his wife, Cindy Wood; his mother, Dorothy Green; sister Kara Morrow; daughters, Mary Wood and Elizabeth Wood; and numerous members of his extended family. Visitation is set for Friday from 6 to 8 p.m. at McCoy Funeral Home, 150 Country Club Drive SW in Blacksburg. A memorial service celebrating Wood’s life will be held Saturday at 10:30 a.m. at Blacksburg United Methodist Church, 111 Church St. A lunch reception will follow at the church’s Whisner Building. The family requests memorials in Wood’s name be made to the mission of the donor’s choice or the Melanoma Research Foundation.