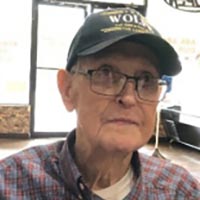 Clarence Daniel Wolfe, 93, passed away Monday August 9th, 2021. Born May 6th 1928 he was the first born son of Henry Clay Wolfe and Gladys Via Wolfe. He was predeceased by his wife of 68 years, Audrey Reynolds Wolfe; a son James Forrest Wolfe Sr; a daughter-in-law, Julie Calvert Wolfe; and a brother William Wesley (Wink) Wolfe.

Mr. Wolfe is survived by sons, Donald Earl Wolfe and Daniel Lee Wolfe and wife, Helen James Wolfe. He is also survived by another daughter in law, Susan Henderson Wolfe. A sister, Beth Wolfe Boyd and her husband C.E. Boyd, along with daughters Tammy Hamblin and Lisa Hamilton and their families survive him.

He was a member of Family Worship Center/First Pentecostal Church in Pulaski. During his time there, he served on the church board, served as an usher and worked with the bus program. He was instrumental in the construction of the education building.

A celebration of life will be held Thursday, August 12th at Family Worship Center with Dr. C.R. Conner and Rev. Jeff Willhoite officiating. Visitation will be held from 5pm to 7pm with the funeral at 7pm.
Interment will be private.

The family would like to thank Zetta, Jo Ann and Markie for the labor of love they provided to “Mr. Dan”