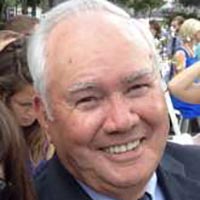 Albert Wade Witt, 90 of Pearisburg VA went home to be with his lord and savior Tuesday, October 8. Wade was known and loved by many. A native of Bluefield, VA, and a long time resident of Princeton WV.

Wade was the long time sales manager for Clover Dew Dairy, in Mercer County, working there from 1948 to 1978, becoming a respected business person in the region, and making many life-long friends through his business associations. During that time, Wade established a relationship with Dairy Queen, and eventually became a DQ franchise owner in Giles County. He successfully operated restaurants with his family for more than four decades. During that time he proudly supported schools, charities, churches and organizations in helping to make his community a better place. He was a member of Riverview Baptist Church.

Wade loved to play golf in his spare time, and was a long time member of Giles Country Club, where he had many dear friends who became part of his extended family.

The family would like to offer special thanks for the exceptional love and care Wade received from Mereb Witt and the dedicated staff of Heritage Hall (Riverview) in Rich Creek.

Funeral services will be conducted Friday, October 11, 2019 at 2:00 pm in Riverview Baptist Church in Ripplemead, Virginia. Burial will follow in Birchlawn Burial Park in Pearisburg. The family will recei;ve friends at the church Thursday evening from 6 until 8 pm. The Kendall Funeral Home in Pembroke is in charge of the arrangements.

Online condolences may be sent by visiting kenddallfuneralhome.com.