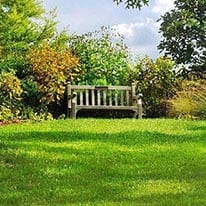 Mary Annette “Marianne” Perry Wingo, 86, of Blacksburg, VA, passed into the arms of Jesus on Sunday, July 17, 2022. Marianne was born in Easley, South Carolina to the late Jefferson Langston and Maude Belle Perry on January 24, 1936.

A devoted mother, wife, sister, daughter, and aunt, Marianne was a woman of strong faith and unconditional love with many treasured friendships. Her love of nature resulted in countless animal friends surrounding her property in the Blacksburg house she made a home. She had over 60 years of marriage with the love of her life, John Casper Wingo until his death in 2016. An avid tennis player and hard worker, Marianne instilled a strong work ethic in her children, Alison Wingo Hesmer and John Jefferson “Jeff” Wingo. John and Marianne were proprietors of six Western Sizzlin’ restaurants.