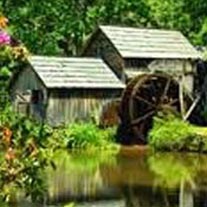 She was also preceded in death by two brothers and their wives, Joseph F. Hummel Jr. (Edith) and Edgar Hummel (Faye); and by Houston P. Wingo Sr., father of their children. She was a member of the Memorial Baptist Church.

A Memorial Service will be held at 4 p.m. on Wednesday, August 12, 2015, in the Highland Memory Gardens Mausoleum Chapel, Dublin, with the Rev. Jim Alley officiating. Interment will follow in the cemetery. There will be no visitation.