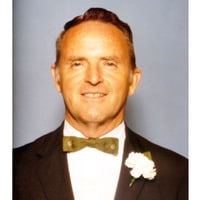 John Howard Winfrey, age 96, of Lindside, passed away on Friday, February 11, 2022, at the Peyton Hospice House in Lewisburg, WV. Born March 8, 1925, at Wayside, WV, he was the son of the late Douglas and Virginia Mae Wickline Winfrey.

Howard was a member of the Rock Camp United Methodist Church, a WWII US Navy and Army Air Force Veteran. He retired from Appalachian Electronic Instruments as a Machine Operator.

In addition to his parents, he was preceded in death by his first wife, Vera Winfrey; and siblings, Harry Winfrey, Pauline Willis, Bertie Vanstavern, Ralph Wickline, Katherine Wickline, Georgia Hunt, Frances Walker, Edna Pence, and a nephew that was raised as a brother, Russell.

Funeral services with military rites will be held at 1:00 PM on Tuesday, February 15, 2022, at the Broyles-Shrewsbury Funeral Home Chapel in Peterstown, WV, with Pastor Gene Fullen officiating. Burial will follow at the Mt. View Cemetery in Wikel, WV. Friends may call from 12:00 noon until time of services at the funeral home.

Online guest book can be signed or condolences may sent to the family at www.broyles-shrewsburycom. Arrangements by Broyles-Shrewsbury Funeral Home, Peterstown, WV