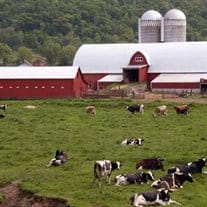 Mr. Paul Leslie Wine, age 75, of Christiansburg, VA left this world on January 23rd, 2022 to join our Lord and savior. Paul was surrounded by family before passing peacefully in the night. Born in Columbus, OH on December 12th, 1946 to John and Golda Wine, Paul grew up alongside his sister, Patricia O’Leary, and graduated from South High School in 1964.

Paul worked for The Kroger Company as he attended college; during his time with Kroger, Paul won multiple first-prize awards including the 1967 and 1968 American Dairy Association National Contests with prizes including a Ford Falcon and a Evinrude Playmate boat. Paul continued his education at The Ohio State University and received a Bachelor of Business in Accounting from Franklin University in 1973. After college, Paul went to work for the Internal Revenue Service, became a CPA, and then retired from the IRS in 2003.

A Service of Remembrance will be held on Saturday, January 29, 2022, from 2-3 p.m. at Horne Funeral Chapel, with Rev. Mike Derflinger officiating.

In lieu of flowers, donations may be made in his name to the Wounded Warrior Project (www.woundedwarriorproject.org).