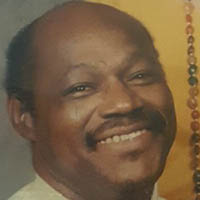 He was preceded in death by his parents, Paul Thomas Williamson and Margaret Elizabeth Watkins Williamson; and brother, Marion Williamson.

The family will receive friends from 1 until 2 p.m. on Saturday, February 24, 2018 at the Fairlawn Church of God. Funeral services will follow with the Rev. Marcus Harrison and the Rev. Michael Bratton officiating. Graveside services with full Military Honors will be held at noon on Monday, February 26, 2018 at the Southwest Virginia Veterans Cemetery in Dublin.

In lieu of flowers, the family requests that contributions be made to the American Heart Association, 4217 Park Place Court, Glen Allen, Va. 23060.

The Williamson family is in the care of Mullins Funeral Home & Crematory in Radford. www.mullinsfuneralhome.com