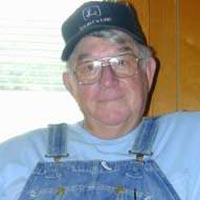 Richard Eugene Williams, 81, of Maybrook, VA passed away in his home August 28, 2020 suffering from Alzheimer’s. Richard was born April 17, 1939 to the late John Cloyd (Claude) Williams and Lema Stiff Williams.

He was a 1956 graduate of Newport High School. Richard spent his life working in the family store as a young’un, helping others, traveling across country, farming, working 30 years at Celanese and aggravating everyone he could. He was a kind gentle man with a sense of humor. He never met a stranger.

He leaves to cherish his memory his beloved wife of 58 years Bonnie Meredith Williams; his children Randall (Theresa) Williams and Myra Williams; his treasured granddaughter Jennifer Williams and her sisters and their children Courtney (Alexis), Samantha (McKenzie, Bentley & Clinton) and Sienna (A’Marii & Ivalee); his closest sister Jean Williams of Roanoke, VA; his faithful companion Mya Angel; dear friend Loretta Smith that allowed us to keep him home and many nieces and nephews.

A Graveside service will be held Sunday, September 6, 2020 at 2:00pm at the family home (7654 Virginia Ave, Pembroke, VA). All are welcome. Casual dress. In lieu of flowers donations may be made to the Newport Rescue Squad.

Condolences may be sent to the family by visiting www.kendallfuneralhome.com. Kendall Funeral Home in Pembroke will be serving the Williams family.