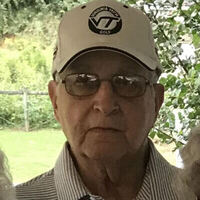 Jerry Lynwood Williams, 79 of Pembroke, departed this life July 29, 2021, surrounded by his family and in the care of Carilion Giles Community Hospital. Born in Pearisburg, VA on August 2, 1941, he was a son of the late Edgar Haven Williams Sr. and Julia Grace Stiff Williams.

A Corncutter, Jerry was a member of the Pembroke High School Class of 1959. He was active in his community, serving as Recreation Director for the Town of Pembroke and later as a member of the Pembroke Town Council. He was an advocate for getting children involved in sports and coached several teams. A “True Sportsman”, Jerry found peace fishing the banks of Big Stony and Potts Creek. He enjoyed golfing at Castle Rock and was one of the first members. He was a big New York Yankees fan, in which he attended one of their games in the old stadium with David and Hunter. He enjoyed attending local sporting events, especially at Giles High School when his children and grandchildren were participating. He was so proud of his son, Jeff, being a coach and was always there to support him. In the past several years, he got to spend quality time with his great granddaughters, Ella and Aubrey.

He is preceded in death by his parents; a brother, Edgar H. Williams, Jr; a sister, Martha Williams Sanders; and multiple members of the Meredith family.

The family would like to thank the Doctors, Nurses, and staff at Carilion Giles Community Hospital for all of the care, love ,and support received throughout his stay.

There will be a Memorial Service conducted to celebrate a life well lived, Sunday, August 1, 2021 at 4:00 PM in the Pembroke First United Methodist Church with Pastors Gary Poff, Reggie Britts, and Eddie Kendall officiating. The family will receive friends at the Pembroke First United Methodist Church Sunday August 1, 2021 ,from 2:00 PM until 4:00 PM. In lieu of flowers, the family suggests that memorial contributions be made in Jerry’s honor to Giles High School Athletics (1825 Wenonah Avenue Pearisburg, VA 24134). A guestbook is available by visiting www.kendallfuneralhome.com. The staff of Kendall Funeral Home are honored to be serving the Williams Family.