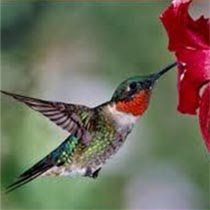 She was born in North Wilkesboro, N.C. on July 4, 1922 to the late Rev. Issac Martin Reeves and Florence Wyatt Reeves. She was also preceded in death by an infant sister, Edna and by a brother, Herman Reeves.

Surviving are her husband of 60 years, Wilbur Marvin Williams of Pulaski; daughters and son-in-law, Brenda and Jeff Phillips of Pulaski and Melinda Williams of Pulaski; son and daughterin-law, Gary and Debbie Williams of Pulaski; grandchildren, Travis Williams and fiance, Ashley Cox, of Pulaski, Nicholas and Jessie Phillips of Dublin, Shaun Phillips and fiance, Bonnie Fish, of Radford, Ghislaine and Jim Cady, of Roanoke, Woody and Liz Phillips of Gainesville, Angie Semones of Knoxville, Tenn., and Shellie and Jimmy MacKenzie of Mechanicsville; 12 great-grandchildren; brother and sister-in-law, Gwynn and Margaret Reeves of Castlehayne, N.C.; sisters-in-law, Lucille Jones of Martinsville, Mary Parcell of Martinsville, and Frances Hayden of Sarasota, Fla.; and numerous nieces and nephews.