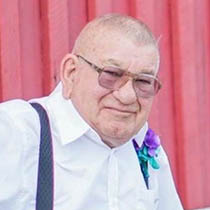 He was a member of Fairlawn United Methodist Church and a retired police officer with 30 years of service with Radford City Police.

He was preceded in death by his parents, James and Audrey Williams; brother, Jack Williams; and father-in-law, Marshall Richardson.

Memorial services will be held at 7 p.m. on Monday, March 27, 2017 at the Mullins Funeral Home in Radford with Rev. Joe Mack Taylor officiating.

In lieu of flowers, the family requests that contributions be made to the Shriners Hospital For Children, 950 West Faris Road, Greenville, S. C. 29605.

The Williams family is in the care of Mullins Funeral Home & Crematory in Radford. www.mullinsfuneralhome.com