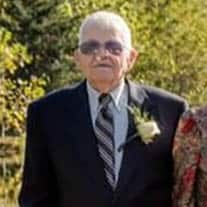 Don was a graduate of Pulaski High School class of 1945. He served in the Army Air Corps from June 1945 to February 1947. He worked for C & P Telephone Company, later acquired by AT&T for 40+ years of service. He served in the Dublin Lions Club and served as a past president for the organization. He enjoyed woodworking, building structures and repairing machinery.

The family will greet friends on Tuesday, January 3, 2023, beginning at 1:00 in the afternoon followed by at 2:00 Memorial Service officiated by Jeff Martin in the chapel of Norris Stevens Funeral Services. Interment will follow at Highland Memory Gardens in Dublin with full miliary honors.

All arrangements are being managed by Norris-Stevens Funeral Services, located at 815 Randolph Avenue in Pulaski. Online condolences can be sent by visiting www.stevensfuneralhomepulaski.com

The family of Donald D. Williams request that any memorial be made to the American Cancer Society or St. Jude’s Children’s Hospital in lieu of flowers.