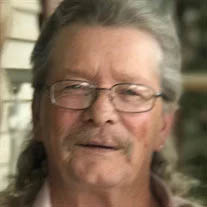 Roy Wayne Wilhelm “Skeeter”, 65 of Shawsville, VA went to be with the Lord on Monday, February 24, 2020. He was a loving father, grandfather, brother, and friend to all.

He is survived by his two daughters, Tammy Lusk and Christi Wilhelm with her fiancé Larry Smith; brother, Stevie Welcher; grandchildren, Allyessa Adams, Catlyn Wilhelm, Ethan Wilhelm, Ciarah Combs; five nephews; one niece; and other extended family members that he loved so dearly.

Per Roy’s wishes, he was cremated. A celebration of his life will be scheduled at a later time.