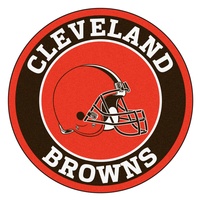 The family of Roy E. Wiley, of White Gate, is deeply saddened to announce his passing on March 23, 2018. Roy is preceded in death by his parents, Thomas Edward & Elsie Mustard Wiley; his brother, Paul Wiley; his nephew, Wayne Justice and his great-nephew, Justin Dunn.

Roy was a hard working farmer all his life and loved his cows and baby calves. Roy never left the home place except for church, family get-to-gathers, and on a few occasions he ventured to the West Virginia State Fair and a few rodeos. He was a simple man with a huge heart and was well known for his bags of walnuts and pecans he had cracked for his family and friends. He also loved giving out turnips from his garden. Recently, he had found a new passion for the game Bingo.

Anyone that knew Roy knew of his love for the Cleveland Browns and Cleveland Indians.

In his younger years, Roy was all over the mountains coon hunting with his trusty companions Floppy and Bob. That was a sport he shared with his brother Paul and nephew Ricky.