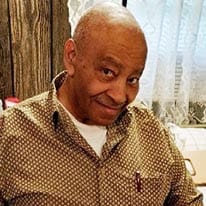 Donald Wilcoxson, of Pearisburg, VA, went to be with his guardian angel on Wednesday, February 23, 2022, at Carilion Giles Community Hospital in Pearisburg. Donald Wilcoxson was born on August 15, 1937, in Detroit, MI and was a son of the late Willie Wilcoxson, Sr. and Blanche Terry Wilcoxson.

Besides his parents, he was preceded in death by his wife Geraldine Eaves Wilcoxson 3 brothers, Robert Wilcoxson, Willie Wilcoxson, Jr. and Lester Wilcoxson and one sister, Sandra. Donald was a police officer in Detroit, MI, then worked for the Giles School Board Office where he retired.

A Celebration of Life will be held Monday, February 28, 2022, at 1pm at the Givens Funeral Chapel in Pearisburg with burial following in the Birchlawn Burial Park in Pearisburg. Pallbearers will be Jaleel Gorum, Alvin Holt, Michael Williams, Antonio Wilcoxson, Emilio Hernandez and Omar Marquez.