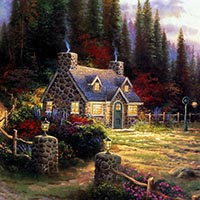 He is survived by his wife, Celia of Blacksburg; and a son, Sean of Princeton, W.Va.; a daughter and son-in-law, Deanna and Michael Yopp of Ballard, W.Va.; and three grandchildren, Christopher, Cameron and Brianna Yopp of Ballard, W.Va. Also surviving are his parents, C.W. (Woody) and Dorothy Wilburn of Salem; a brother, Charles and wife, Janice of Henry, Va.; two sisters, Karen and husband, Mark Carden of Christiansburg and Marla and Tony Martin of Martinsville. He also leaves a number of nieces and nephews.

Ralph has been employed by the Radford Arsenal for 39 years and has been a faithful and dependable employee. Ralph was awarded a Certificate of Commendation in recognition of his honesty. He found $120 while cleaning one of the buildings and turned it in to Security Police Headquarters where it was claimed by the owner. Ralph has served diligently in various callings in his church, The Church of Jesus Christ of Latter-Day Saints.

Visitation will be held Tuesday, July 25, 2006 from 6 to 8 p.m. at the McCoy Funeral Home, 150 Country Club Drive, Blacksburg. Funeral services will be held at the Blacksburg Ward of the Church of Jesus Christ of Latter Day Saints, 700 Porter Street, Blacksburg, at 10 a.m., Wednesday, 26, 2006 with Bishop Fisher officiating.