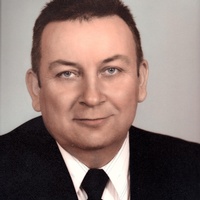 Harvey Greene Wilburn, 83, of Pearisburg, VA, passed away at his home place Wednesday, August 29, 2018. He was born at the farm in Wilburn Valley, April 2, 1935, the son of the late Thomas Skidmore & Elsie Fay Wilburn.

He loved football, especially the Giles Spartans. He was a 1954 graduate of Pearisburg High School and a graduate of McClain Business College. He worked at Celanese for over forty years. In 1960, he started his business at Giles Shoe Center and later owned and operated the Giles H&R Block office along with his wife. He was a candidate for County Treasurer in 1963. He and his wife have more recently made their home with their son Charles at the home place in Wilburn Valley.

Besides his parents, he was preceded in death by his sons, Thomas Jackson Wilburn and Jackie Ray Stump, Jr., his brother Robert Preston Wilburn and four infant siblings.