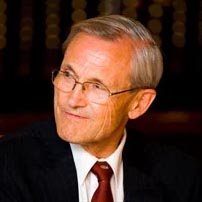 Walt was born in 1936 in Cincinnati, Ohio to George Wierwille and Emma Kielmayer Wierwille, who both emigrated to the U.S.A. from Germany in 1923. Throughout World War II loyalty to the U.S. was stressed and English was spoken exclusively. Walt’s father George was a highly skilled machinist and passed on to him much of his mechanical talent. Walt excelled in his studies and worked after school jobs starting at the age of 12 as a golf caddie and in the winters as a bus boy at Kenwood Country Club.

In 1954 Walt was offered and accepted a prestigious full academic Evans Scholarship to the University of Illinois at Urbana-Champaign.
He worked doing dishes and serving meals at fraternities while taking as many as 25 credit hours and 35 hours in class and labs per semester, and he completed his bachelor’s degree in Electrical Engineering with honors in four years.

Only three years later in 1961 Walt completed his Ph.D. in Engineering with minors in Electronics and Applied Mathematics at Cornell University in Ithaca, NY.

While he was still a graduate student at Cornell, Walt worked during the summers at Cincinnati Milling Machine. There he designed that company’s first numerically controlled manufacturing system.

In 1957 Walt met Barbara Jane Boyd at a Sunday church service and on that day he told his mother that he had met his future wife. Walt and Barbara were married on March 4, 1961.

Dr. Wierwille began his post-Ph.D. career at Cornell Aeronautical Labs in Buffalo, NY. He traveled to Huntsville, AL and applied his Ph.D. dissertation from Cornell to important work under contracts with The American Rocket Society (the precursor organization of NASA) and then with NASA to prevent rockets from exploding during takeoff.

Walt and Barbara had three little girls named Laura, Karen, and Paula who were born in 1963, 1966, and 1967 respectively. Walt had a very busy work schedule, but he truly treasured the time he was able to spend with his young family.

In 1970, Dr. Wierwille became Research Director at Sanders Associates, Inc. in Nashua, NH where among his important projects was work on radar systems which were used to defend U.S. Navy pilots during the Vietnam War.

In 1974, Walt and Barbara’s son and fourth child Walter J. was born, and baby “Jay” as he was called at the time received lots of love and attention from his older sisters and his mother and father.

From 1972 through 1996 Dr. Wierwille held the position of Director of the Vehicle Analysis and Simulation Laboratory at Virginia Tech where research efforts included the creation and testing of some of the world’s first advanced driving simulators and in-vehicle navigation systems.

In 1988 Dr. Wierwille received the named professorship as the Paul T. Norton Professor of Industrial and Systems Engineering at Virginia Tech.

During his time as a professor at Virginia Tech, Dr. Wierwille directed more than 25 Master’s degree theses and more than a dozen Ph.D. dissertations. He authored or co-authored more than 250 publications, with many of these in prestigious journals. He also made large numbers of presentations before professional societies and sponsoring agencies, and several of his presentations and publications were in Europe. He served as a consultant to a number of government and major industrial organizations on transportation-related problems, including 30 years of consulting and research for various entities of the General Motors Corporation and the U.S. Government, and he received three national awards from the Human Factors and Ergonomics Society.

Dr. Wierwille was well known for his research work on driver-vehicle systems, in-vehicle driver workload evaluation, simulator and instrumented vehicle testing, impaired driver detection, and general applications of human factors research and engineering techniques to driver-vehicle systems. Dr. Wierwille served as principal investigator for more than 30 research projects in transportation. His own research and publications as well as those which he directed and contributed to are credited with saving many lives as they have been referenced and implemented to improve the safety of a wide variety of vehicles and systems.

After retiring as Paul T. Norton Professor Emeritus of Industrial and Systems Engineering at Virginia Tech, Dr. Wierwille conducted additional research consulting at Carnegie Mellon University in Pittsburgh, PA and was named Senior Transportation Fellow and Associate Director at the Virginia Tech Transportation Institute in 1996, where he continued leading research projects until his final retirement in 2001.

During the 1980s Walt taught himself to play the piano and played beautifully for many years. He also enjoyed boating, driving convertible cars, and expertly repairing and maintaining everything from homes to cars to appliances to electronics to boats and jet skis.

Walt was known as “Papa” during his later years among his family who truly adored him and will always love and cherish his memory. Among those who will also remember him are numerous nieces and nephews, and many former students and colleagues who considered him a mentor, a role model, a tireless advocate, an advisor, and a friend.

The family wishes to express their gratitude to the compassionate and skilled caregivers at Amedisys and Senior Home Comfort Care.

In lieu of flowers, memorials in Walter’s name can be made to CurePSP at https://www.psp.org/. Arrangememnts by McCoy Funeral Home, Blacksburg.