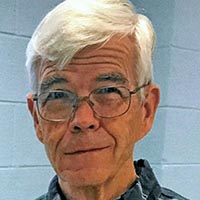 James “Jim” Walter Wienke, MD, age 76 of Daleville, formerly of Pulaski passed away January 9, 2021 at The Glebe. Jim was born in Quincy, Illinois February 2, 1944 and grew up in Kingman, Arizona. He was the son of the late Kenneth W. and Alice I. McMullen Wienke.

Many lives were touched by Jim’s career as a general surgeon, missionary work, and coaching. He graduated from medical school in San Francisco and served his residency in Iowa City, Iowa. Jim practiced medicine in Austin, Minnesota, Kahului, Maui, Hawaii, and Pulaski, Virginia. He loved gardening fruits, vegetables, and flowers. Jim especially loved roses and always had a beautiful rose garden and yard. He also enjoyed building ponds to beautify his gardens.

Jim was instrumental in getting soccer started in Pulaski (rec soccer, traveling team, and high school). He coached soccer and basketball for many years, first with his children’s teams, and then with his grandchildren’s teams. After retirement, he coached the girls’ soccer team at Pulaski High School for two years.

Jim loved the Lord and went on many mission trips, both medical and evangelistic, to numerous countries in Central and South America, and to China and South Africa. He was deacon in the Baptist church and led Precept Bible studies for many years. After retirement from medical practice in 2005, he and Marilyn moved to Blacksburg, Virginia where they were a part of COM’s ministry to the Chinese students and scholars from Virginia Tech for six years. Jim was a loving husband, wonderful father, grandfather, and a Christian example to many of his patients, and young soccer and basketball players.

He is survived by his wife Marilyn Fay Kretschmer Wienke; sons and daughters-in-law: James and Anne Wienke of Vinton, and Jason and Melissa Wienke of Columbia, Maryland; daughters and sons-in-law: Tracy and Robert Akers of Dublin, Virginia, and Heather and Joshua Foote of Troy, Virginia; grandchildren: Bobby and Andy Akers, Erin and Heidi Wienke, Josiah, Hannah, Daniel, and Lydia Wienke, Katelyn, Daniel, and Bethany Foote; brother, Jerry Wienke and sister, Jane Coleman both of Kingman, Arizona.

A celebration of Jim’s life will be 2:00pm Friday, January 15 at Laurel Hill Baptist Church,

3595 Grand Forks Boulevard, Charlottesville with his son-in-law, Pastor Joshua Foote officiating. Burial will be at Holly Memorial Gardens in Charlottesville. The family will receive friends at the church beginning at 1:00pm Friday. For those with concerns with COVID-19 and social distancing, the service will be livestreamed at www.rader-funeralhome.com/tributes/James-Wienke.

In lieu of flowers, memorial contributions may be made to Alzheimer’s Association, 3959 Electric Road, Roanoke VA 24018.

Online condolences may be made to the family at www.rader-funeralhome.com.