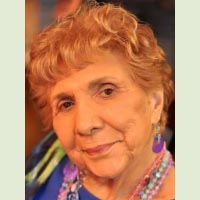 Yola, or as she was affectionately known as YoYo, was a born and bred New Yorker. She was the only daughter of Christina and Anthony Arnone. Yola was preceded in death by her parents, first husband Tony who passed away in 1988 and second husband James who passed away in December 2014. She is survived by her older brother Frank Arnone of South Carolina and her younger Bob Arnone of New York. Her loving Children, Sandy Sonnessa and husband Steve Price, daughters Kara and Megan Price; Gerry Sonnessa Weinberger and husband Richard, son Josh and wife Emile and daughter Liza Weinberger; her Son Bob Sonnessa and wife Sherry, daughter Whitney Armor and son Jonah and daughters Kelsea and Erin Sonnessa. She is also survived by James’ sons: Chris Whittaker and children Alley and Brock and Corey Whittaker and wife Lisa and children Jacob and Rebecca.

A memorial service honoring her life will be held at 10 am, Tuesday morning May 12, 2015 at Hope Lutheran Church in Wake Forest, NC.

Yola was a second generation Italian career woman who was a navy wife, worked for Montgomery Wards, C & P Telephone and later became a Staff Manager of Training and Development for Corporate AT&T in Basking Ridge NJ.

Yola and Jim retired to Raleigh NC where they joined many local community groups and became active members of Hope Lutheran Church.

Yola loved the Lord and helping people around her. She had a zest for living life to the fullest extent possible.

Yola passed away peacefully on May 8 surrounded by her family.

She will be missed by so many more family and close friends upon whose lives she made an indelible mark.

Friends may visit with the family from 3-6 PM Monday afternoon at Bright Funeral Home & Cremation Center.