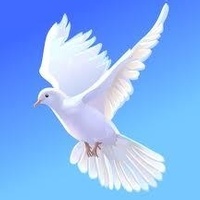 Roby Lee Whittaker, age 81 of Dublin passed away Wednesday, July 29, 2015 at his home. Born July 22, 1934 in the Whitegate Community(Bland Co.), he was the son of the late Robert Lee Whittaker and Bielia Victoria Whittaker.

He was also preceded in death by two brothers and three sisters.

Mr. Whittaker was a veteran of the United States Army, a member of the Parrott Church of God and retired from Corning Glass Corp, Blacksburg.

Many Nieces and nephews.

Interment will follow in the Southwest Virginia Veterans Cemetery, Dublin with military honors conducted by the Pulaski VFW Post # 1184.

The family will receive friends Monday from 1:00 p.m. until the time of service at Bower Funeral Home.

To send online condolences to the family, visit www.bowerfuneralhome.com Bower Funeral Home, Pulaski is handling the arrangements for the Whittaker family.