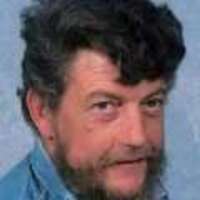 Donald Ray Whittaker, 57, of Wilburn Valley, Pearisburg, died on Sunday morning, September 11, 2011, at his home. Born in Giles County on November 17, 1953, he was a son of the late James Hoge Whittaker and Frankie Gertrude Lindsey Whittaker.

He was a truck driver and last worked for BTS Trucking and Jennelle Paving. He was preceded in death by one brother.

Funeral Services will be conducted at noon on Wednesday, September 14, 2011, at the Kendall Funeral Home, 605 Snidow St., Pembroke with Brother Charlie Henderson officiating. Burial will follow in the Pleasant Hill Cemetery at Bane. The family will receive friends at the funeral home on Tuesday evening, September 13, 2011, from 6 to 8 p.m. Online condolences may be sent to the family by visiting kendallfuneralhome.com.