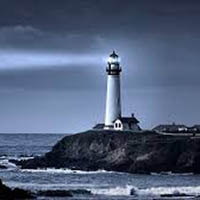 He was also preceded by his brothers, Howard, Roger, Fred, and Willie Whitlock, his sisters, Mabel Barker, and Virginia Drewry, and his significant other of 35 years, Virginia Linkous. Louis was a building contractor in the New River Valley for many years. He is survived by his son, LG Whitlock, of Blacksburg, three sisters, Phyllis Craighead, of North Wilkesboro, NC, Peggy Carroll, of Blacksburg, Jane Doyle, of Roanoke, his brother and sister-in-law, Melvin and Thelma Whitlock, of Crewe, VA, and numerous nieces and nephews.

Graveside services will be conducted Saturday, October 4, 2014 at 2:00 pm, in the Roselawn Memorial Gardens, Christiansburg, with Dr. David Hurd officiating. In lieu of flowers, memorial donations may be made to the Alzheimer’s Association, Roanoke/Salem Chapter, P.O. Box 5014, Roanoke, VA 24012.