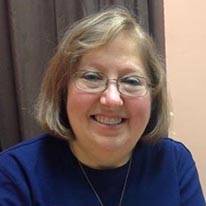 It is with heavy hearts that we announce the passing of Nancy Saraske Whitley on May 24, 2022 at the age of 66 at her home in Pilot, VA. Nancy was born in Anderson, South Carolina to John Oscar Saraske and Kathleen Rogers Saraske on November 26, 1955. Nancy has been preceded in death by her parents and her brother, James Saraske of Anderson, SC.

Nancy’s faith was a bedrock upon which she built and lived her life including time spent as member and pianist/organist at Riverside Baptist Church in Anderson, SC; Red Cross Baptist Church in Red Cross, NC; and most recently at Floyd Baptist Church in Floyd, VA. She was often found at her piano bench practicing or playing her favorite hymns.

Nancy’s light and impact will live on through the lives of her family and friends including her husband of 41 years, Rodney Whitley of Pilot, VA, and her children and their families: Michael (Madison) Whitley, Melinda (Cameron) Lephew, and Daniel Whitley. Most importantly, however, her love endures in each of her cherished grandchildren: Lily, Nolan, and Isabelle. Nothing brought her more joy than spending time with and loving her family.

In lieu of flowers, memorial donations may be made to the American Cancer Society.