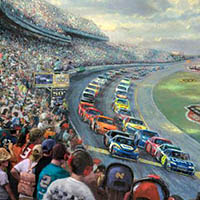 Phillip Donne Whitehurst, 82, of Christiansburg, (formerly of Norfolk), died Friday, March 14, 2014 at Lewis Gale Hospital-Montgomery. He was born in Nags Head, NC on November 16, 1931 to the late Stella Johnson and Earl R. Whitehurst. He was preceded in death by his first wife, Cynthia Whitehurst, and second wife, Ella Mae Whitehurst.

Phillip was a graduate of Maury High School in Norfolk, Virginia. He loved the Outer Banks of North Carolina and enjoyed Nascar Racing. Phillip never met a stranger and always had a joke or two to share. Phillip attended Camberia Pentacostal Holiness Church.

The family wishes to extend a special thank you to his longtime friend, Howard (Skibo) Sowers, and a faithful niece, who was with him until the end, Donna Cook. Funeral services will be held Tuesday, March 18, 2014 at 2:00 pm in the McCoy Funeral Home Chapel with Rev. Jerry Shepherd officiating. Graveside services will be held Wednesday, March 19, 2014 at 1:00 pm in the Forest Lawn Cemetery, Norfolk , VA. The family will receive friends Tuesday from 1:00-2:00 pm prior to the service at McCoy Funeral Home, Blacksburg.