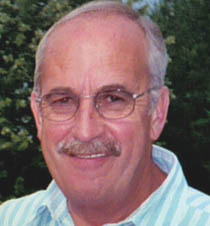 Larry Wayne White, 74, of Pulaski, entered into his heavenly home on Saturday, February 13, 2016. He was a beloved husband, father, grandfather and great-grandfather who always loved his family unconditionally.

He was a member of Faith Bible Church. He proudly served his country in the U.S. Army. He retired after 36 years as a long distance truck driver. He liked antique and sports cars and had many during his life time. He also enjoyed motorcycles, boating, and old country music. And was a NASCAR fan for many years.

He was preceded in death by his loving grandparents who raised him, Charlie and Afton Jones Porter, and his half-brother Alan White. He was the son of the late George White and Iva King.

Left to cherish his precious memory, is his loving wife of 54 years, Violet Linkous White. His daughters Regina Viers and her husband Timothy, and Renee Owen Hendricks. His grandchildren, Shane Owen, Sarah Viers, Kelsea Hendricks, and Korbin Hendricks and his great-grandchildren, Josiah Viers and Scarlett Mullins. He is also survived by his half sisters and brothers, Arwanna Rogers, Paulette Phillips, Phil and Mitchell White and many special nieces and nephews.

Visitation will be held at Seagle Funeral Home on Thursday, February 18, 2016 from 12 Noon until 2:00 p.m. Funeral services will begin at 2:00 p.m. on Thursday with Pastor Jim Linkous officiating. Burial will be at Oakwood Cemetery.