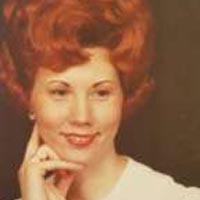 Justine Linda Austin White, 76, of Pearisburg, departed this life Tuesday morning, December 4, 2018 in the care of Heritage Hall Rich Creek. Born in Pearisburg on August 30, 1942, she was a daughter of the late Charles Lee and Thelma Rice Austin. She was preceded in death by her parents, her daughter Tammy Lynn Akers, her brother George C Austin and her husband Plez Hubbard.

Memorial services will be conducted Tuesday, December 11, 2018, at 6:00 pm in the Kendall Funeral Home, 605 Snidow St. Pembroke, with Pastor Eddie Kendall officiating. The family will receive friends at the funeral home one hour before the services.Online condolences may be sent by visiting kendallfuneralhome.com.