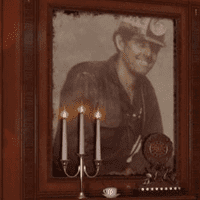 Tommy was proud to serve his country in the United States Army, keeping us all safe. He would later diligently work for US Steel, mining coal.

There will be a service held in his honor at a later date in the Southwest Virginia Veterans Cemetery, Dublin, VA. A Guestbook is available by visiting www.kendallfuneralhome.com. The staff of Kendall Funeral Home are honored to be serving the White family.