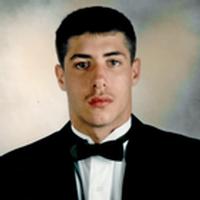 Jeffery Allen White, 40, of Narrows, VA passed away Friday, July 1, 2016 at his home. Born June 26, 1976 at Pearisburg, VA he was the son of Ernest Eugene White and the late Judith Karen Bowles White.

In addition to his mother he was preceded in death by his maternal grandfather, Aubrey Eugene Bowles and paternal grandparents, Ernest David and Mary Frances Myers White.