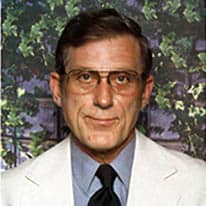 Bernard Edgar White, born September 20, 1946, went to be with his Lord and Savior peacefully in his home surrounded by his family on Thursday, February 17, 2022. He was a wonderful husband, father, and positive influence on anyone who knew him. From the home to the vehicle, he was our fix-it-all, go-to man.

Born in Pleasant Hill, Giles County, Virginia, to Kermit Blaine White and Arvella Louise Thomas he was the oldest of 9 kids. He enlisted in the US Navy at 17 and proudly served 4 years during the Vietnam War as a flight mechanic and electrician. After service, he worked for Galbraith Appliance and Repair and later opened Bernard’s TV on Rt. 52 near Pinnacle Rock and later River Road in Bramwell, WV, where he successfully ran his self-employed business for 33 years.

In his spare time, Bernard loved working on vehicles, fishing on a riverbank, and singing and playing music for the Lord. He was the lead singer and leader of his family gospel group, “The White’s from West Virginia”. He, along with his wife, wrote and published 7 albums of songs, many making number 1 on Gospel Billboards around the world with Buster Doss Music Label of Stardust of Nashville. He was proud to serve the Lord and spread the good message through his music! Bernard was a proud member of the Appalachian Music Association in Princeton, WV, and was an honorary member of the Kentucky Colonels. He did not attend a regular church but was always helping small community churches grow and keep their doors open.

Visitation will be from 12:00PM until time of services on Monday at the funeral home. Online guestbook can be signed or condolences may be sent to the family at www.broyles-shrewsbury.com. Arrangements by Broyles-Shrewsbury Funeral Home, Peterstown, WV.