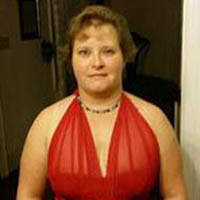 Shannon Marie Hill Whitaker, age 42 of Pulaski, died Friday, October 16, 2015. She was born on November 23, 1972 and was the daughter of Dwight and Linda Ingo. She was a member of the 1990 class of Giles High School, an L.P.N. working for South West Virginia orthopedics, and previously worked for R.E.M.S.I. of Pulaski County.

She was preceded in death by a sister, Cathy Bowles, and maternal grandparents, Clarence and Louise Palmer. She is survived by her husband, Eddie Whitaker of Pulaski; two sons, Jason M. Whitaker and Ryan E. Whitaker of Pulaski; a daughter, Barbara Whitaker and her boyfriend Brandon Mawalls of Pulaski; step sisters, Dena and Terry Sayers, Marsha Ingo and step brother Christopher and Tammy Ingo. In addition she was survived by her father, James and Jeanne Hill of Bozoo, WVa and half sisters Lisa Byrnes and Jessica Farmer of Bozoo, WVa.

Funeral Services will be held Wednesday, October 21, 2015 at 2:00 p.m. at Seagle Funeral Home with the Rev. Bruce Gregory and Dinah Gregory officiating. Interment will follow in Highland Memory Gardens in Dublin. The family will receive friends Wednesday, October 21, 2015 from Noon until 2:00 p.m. service time at the funeral home. Online condolences may be sent to the family by visiting www.seaglefuneralhome.com Arrangements by Seagle Funeral Home, Pulaski. 540-980-1700