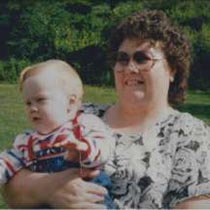 Alma Elizabeth Blankenship Whitaker, age 71, of Pearisburg, VA, went to be with the Lord, Thursday, November 9, 2017 at Carilion Roanoke Memorial Hospital in Roanoke, Virginia. Born in Giles County, April 15, 1946, she was a daughter of the late Vernon and Elsie Holdren Blankenship. She was preceded in death by her husband, William Raynor Whitaker.

A celebration of her life will take place on Tuesday at 2:00 pm in the Kendall Funeral Home at 605 Snidow St., Pembroke, Virginia. Burial will follow in Birchlawn Burial Park in Pearisburg. The family will receive friends at the funeral home two hours before the services. Online condolences may be sent by visiting kendallfuneralhome.com.